KARACHI – Pakistani actor Feroze Khan reacted to criticism made by Shaniera Akram, the wife of former Pakistani pacer Wasim Akram, for driving with his child in his lap.

In the video originally posted by Humaima Malick, Khan was seen driving with his daughter on his lap. Shaniera reposted the video on her Instagram and called out the actor for putting the life of the minor in danger.

She wrote, “Why don’t they get it through their thick heads! this is DANGEROUS and putting your own child’s life in jeopardy.”

Responding to the criticism, Khan took to Instagram and posted a video of Khabib Nurmagomedov, a popular Russian MMA fighter wrestling with a brown bear. Referring to the MMA fighter, the actor wrote: “World’s number one fighter! Glad he didn’t listen to you [Shaniera] or your father while being trained or would’ve wasted his talent.”

He then brought it to the public notice that he had more knowledgeable about cars and driving safety rules than Shaneira. “I’m part of the Pakistan Professional Racing Fraternity for the past two years. I understand the sensitivity a lot more than you can,” he said.

The Who Aik Pal actor rejected the criticism and wrote: “Let me do me, and you do you. You’re heard and ignored. I’m back to business”. 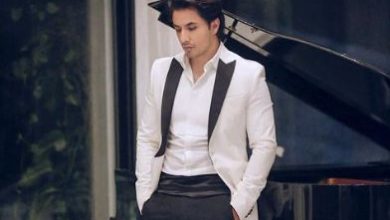 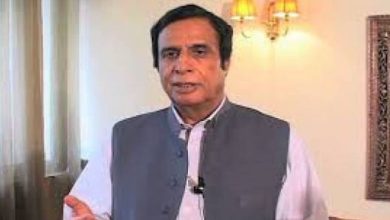